WORLD SOCIETY FOR THE PREVENTION OF CRUELTY TO ANIMALS http://www.wspa.org.au

In time for Christmas! Buy one for yourself or for a friend:)

Click on the link and you can go and view each month's image and purchase:
http://www.redbubble.com/people/wolfshadowphoto/calendars/9388919-journeys-with-wolfcub
Payment using PayPal is supported.

MERRY CHRISTMAS FROM ALL OF US 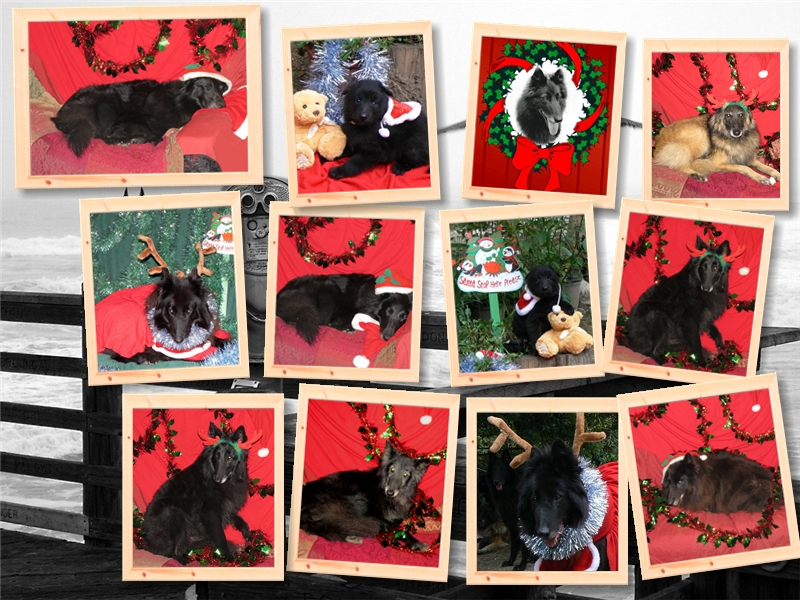 Congratulations to Quinta ~ Lumineux Morgan Le Fay who got her last points towards her New Zealand Champion, Quinta got her last last CC today and was also Junior in Show :)
Quinta is one of Raven & Trillions pups born on the 2nd November 2011.

Judge: Judge: Mr E Desschans (Belgium) Results of our dogs and our breeding

Some photos (mainly of the dogs) from our trip home from the Specialty, Big Merino, NSW. Dog on the Tuckerbox, NSW & Ned Kelly's Last Stand, Vic

Results of our dogs and breeding

Some new photos of Mac Lumineux Choose Me taken when he stayed with us for a couple of weeks holiday.

Photos from our beach outing San Remo 1st Sept 2012 it was a bit warmer this time :)

Congratulations Garry and Bonnie Dual Ch Lumineux Ebony Eyes CDX HSAs HSBs HSAd on your first pass on Intermediate A course sheep! AlsoAdded some new photos to Bonnie's page with thanks to Karen :)

Bit of a site cleanup and redesign, so changes throughout......

another beautiful boy gone too soon :(

WE HAVE TWO DOGS AVAILABLE

Shadow had the most gorgeous nature, he was well loved and looked after throughout his long and happy life, kindest thoughts and prayers are with my dear friend Jan.

Now with your sweet sisters Gina Ch Lanaken Make A Wish (IID)and Jazz Ch Lanaken Magic At Midnite (IID) and like them in memory as one of the nicest most gentle Belgians I've ever known....

He led the life he was meant to lead while on this earth, his memory will live forever in everyone whose lives he touched and was lucky enough to meet him. Our sincerest sympathty to owner Deb
Deb's tribute to Ulrick has been added to his page

Ulrick was one of the only two Belgian Shepherd Seeing Eye dogs in Australia who graduated from Seeing Eye Dogs Australia in a trial of our breed nearly10 years ago, both of whom were sired by our Import Ulrick.

We have 1 male pup available to a loving companion home, click here for more info ~ SOLD

A new epilepsy gene for idiopathic epilepsy in Belgian Shepherds has been found in the canine chromosome 37
The research of Professor Hannes Lohi and his group conducted at the University of Helsinki and the Folkhälsan Research Center opens new avenues for the understanding of the genetic background of the most common canine epilepsies. The research also has an impact on the understanding of common epilepsies in humans. The research is published in the scientific journal PLoS ONE on March 23, 2012.

Have added some of the many photos I have of our November Puppies see individual pages for links.

We still have some male puppies available to the right homes more info here November Puppies.

There may be a female available in the next few weeks, as I have decided to run a couple on as show prospects for myself.

I have more up to date puppy photos to add, just not enough time in the day :)

Merry Christmas from all of us ^..^