Shandy was a happy girl always wagging her tail, in fact she used to wag it in circles earning her nickname "helicopter tail".

She was an excellent mother, gentle and caring and her pups inherited her bouncy, happy attitude and are 'thinking" dogs, just like mum.

Her second litter (3 Tervueren & 6 Groenendael) was born in April 2002 - the stars from this litter are "Willow" Dual Ch (T) Lumineux Wild Heart CDX a grey Tervueren female owned & trained by Gary and Pat Roberts, "Heart" Lumineux Moon Heart who won BEST BABY PUPPY IN SHOW at the BSDCNSW Specialty 2002 under Breed Specialist judge Mr A. Lyrholm (Sweden), before going to her new home in Qld - and Lumineux Brave Heart owned by Paul Barker, "Blade" an impressive and handsome male.

Shandy's last litter (or 2) was born on the 8th Feb 2004, this was a repeat of the first litter and produced our cheeky girl "Brat" (Aust Ch Lumineux Summer Flame).

Shandy was never really the same after her best friend Uzzi Uzzi van de Hoge Laer (Imp Blg) passed away earlier in the year. They were very close and when he had the vestibular attack and trouble keeping his balance Shandy would walk along slowly next to him with him leaning on her (amazing and beautiful to watch).

On 10th Oct 2010 she had surgery for lumps in the mammary area and although she appeared to recover well a couple of weeks later started to deteriorate, she was lethargic, was unable to keep anything down (including water) and then stopped eating altogether, she was also straining to urinate. Another vet visit resulted in the diagnosis that her bladder had stopped working (could no longer empty her bladder) .......

Goodbye my waggy tail, you're now with you best friend Uzzi...... 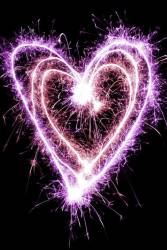 Back to The Girls page