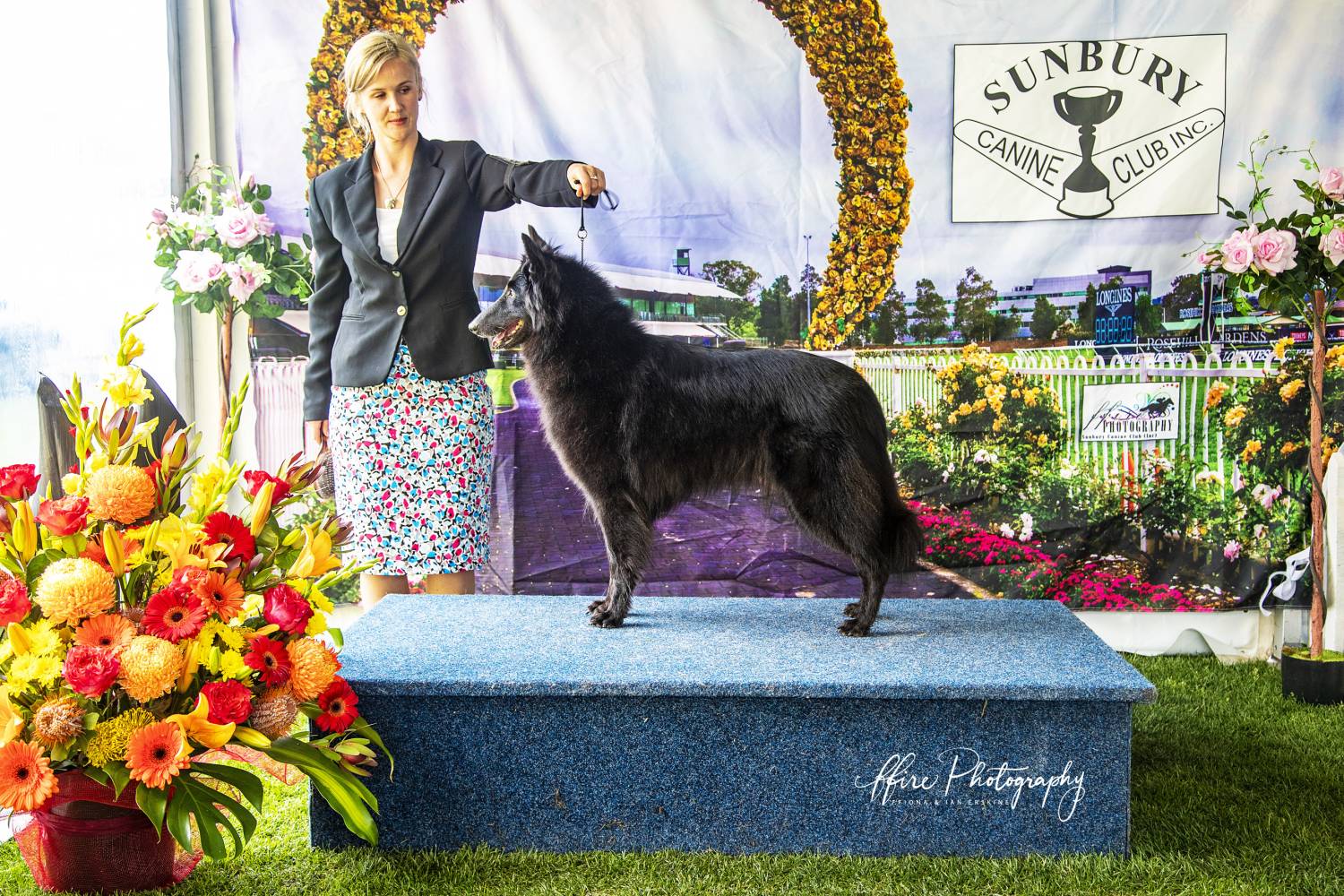 Lilly is an elegant female of harmonious proportions, she exhibits easy, tireless movement, straight upper line of back and loin, a direct, intelligent and enquiring look and a calm, confident nature.

Our gratitude to Joanne Allan, Bellshill Kennels NZ for sending us this special girl.

When in NSW Lilly is expertly prepared and handled by Ashley Hoffman, thank you so much Ash :)

Some of Lilly's accomplishments 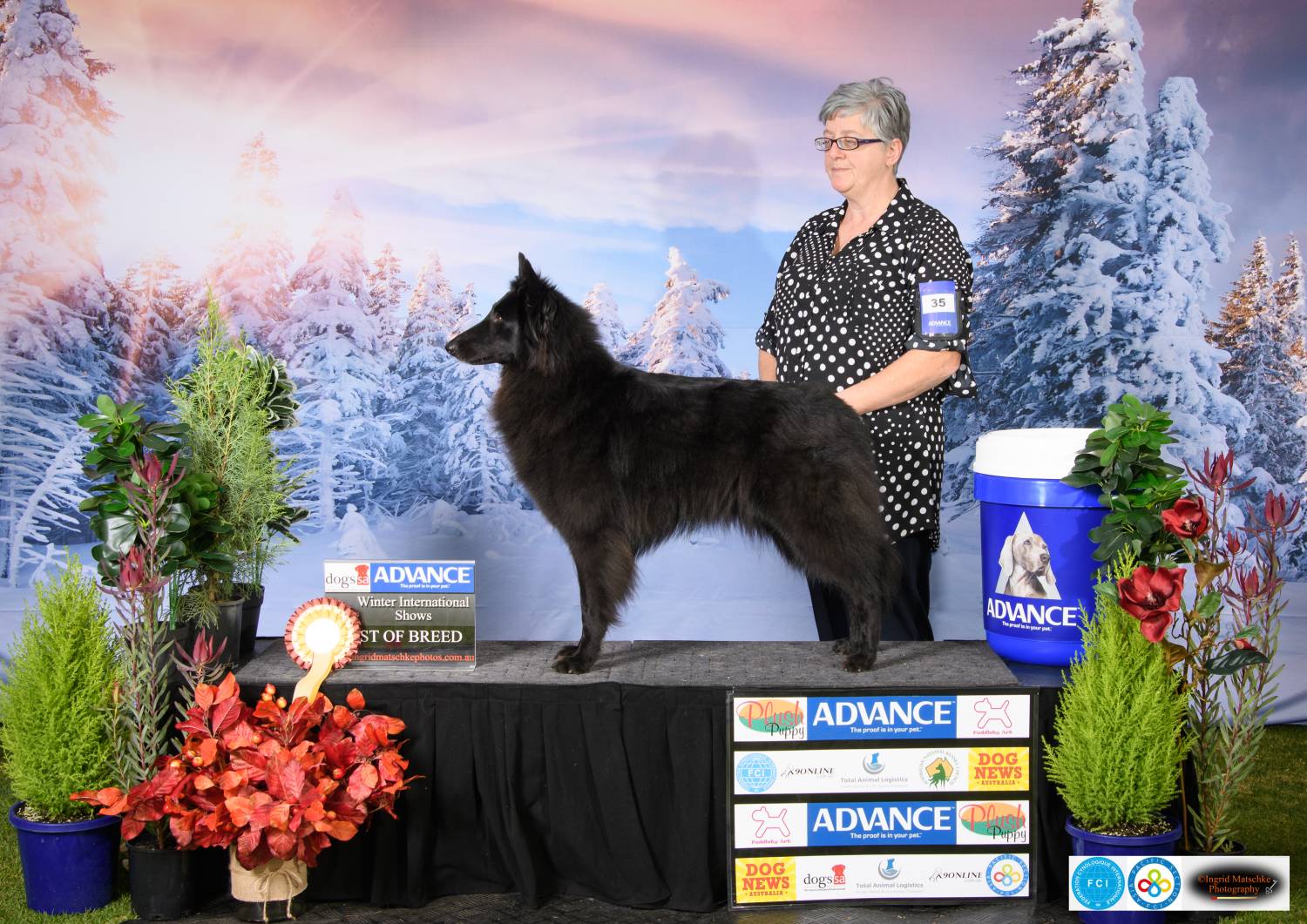 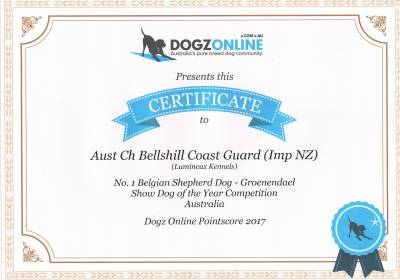 No 1. Belgian Shepherd Female in Australia 2016 - Show Dog of the Year (DOL Pointscore)

No 1. Belgian Shepherd Female in Australia 2015 - Show Dog of the Year (DOL Pointscore)

29th, 30th, 31st Sept 2014, Dogs NSW Royal Canin 2014 Spring Fair
2 x BOB, 1 x RUBOB & BEST JUNIOR IN GROUP over the Spring Fair weekend.
The judge commented on the exceptional temperaments of the Belgians and said of Lilly "I love her"

Some photos from 6th June 2015 at the BSDC of Qld Inc (QLD), show where she was RU BEST IN SHOW